While the Hanging Gardens of Babylon may not have existed at Babylon, according to new research there was a well documented massive garden that did exist a little north of Babylon in the Assyrian capital city of Nineveh during the Neo-Assyrian Empire that is known as the Hanging Gardens of Nineveh. There are tablets as well as inscriptions that tell of how King Sennacherib who ruled between 704 and 681 BC built the gardens along the Tigris River near the city of modern day Mosul in Iraq.

Nineveh is one of the most Settlements that we know about. Built around 6,000 BCE, this city is over eight thousand years old and remained standing itself for about 5,500 years. When you consider the United States is a little over is a little under three hundred years old and even Great Britain is only about 600 years old this city existed for an extremely long time. 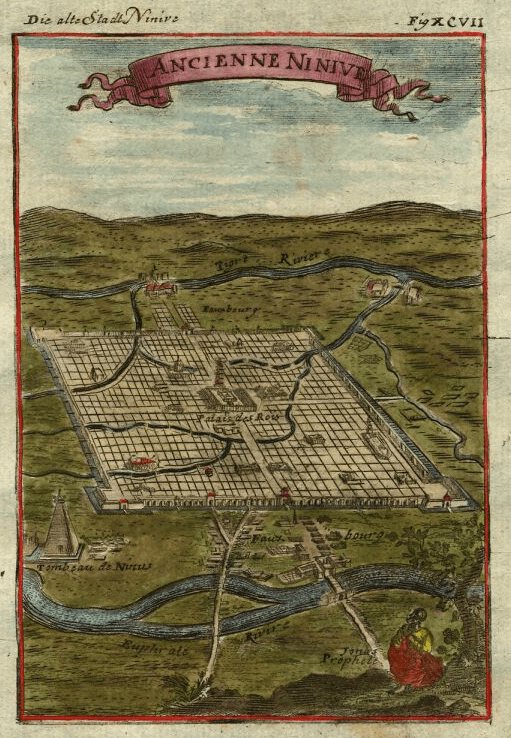 In fact given the archaeological and physical evidence left behind along with our current understanding of history it is highly likely that the Hanging Gardens were actually located at Nineveh, at least at first. During this period the entire region was dominated by Assyria and the Babylonians did not have much power. Any major wonder building projects would have occurred in the capital of the dominating empire at the time. Modern day research into the Hanging Gardens of Babylon is being conducted by Dr. Stephanie Dalley of Oxford University who decided to study other stone tablets and works in her efforts to locate the gardens. According to her research the idea of gardens are much older than originally thought. The first models could have been created as long ago as 2,700 years ago.

Dalley is one of the few people in the world who can actually read cuneiform so she is in a position of authority to research and find the truth. For her theory she references stone tablets that describe the life of Sennacherib who ruled around 100 years before Nebuchadnezzar. Sennacherib was the first Great King and ruler of the Assyrian Empire who controlled a massive amount of territory from southern Turkey to modern day Israel. His capital was located at Nineveh. 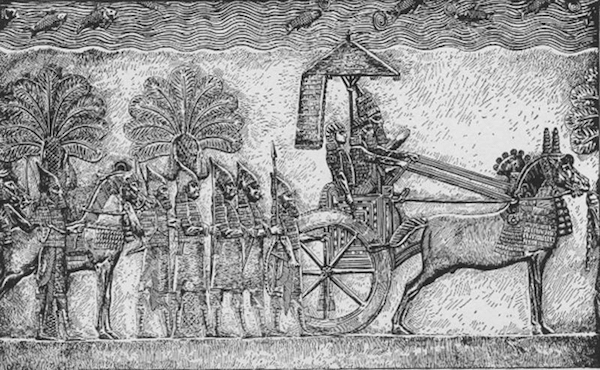 In fact, Sennacherib and his wife were actually huge patrons of public works projects and built the city of Nineveh greatly in their lifetime. This goes along well with the fact that their palace would embody the beauty and culture of the city as well. In the stone tablets text Sennacherib describes building a beautiful palace and a garden, calling them a "Wonder for all the people". This right here should set off some alarm bells as we have very compelling evidence right from the get go regarding the existence of gardens at place we know existed in antiquity. However it gets even better as we have a bas relief of the gardens as well that show their design. 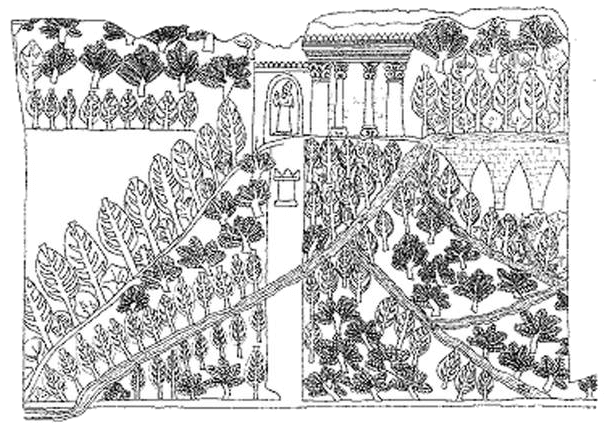 This relief found in the palace of Sennacherib's grandson and the last ruler of the Assyrian Empire shows trees and gardens along with a river bringing water into them. This would make sense as Nineveh sat more north and at a higher altitude than Babylon. This coupled with ancient water technology that was more advanced than the Greeks allowed them to create a beautiful structure admired across the ancient world. The above tablet is simply an artists rendering of the real tablet, a picture of which is located below. 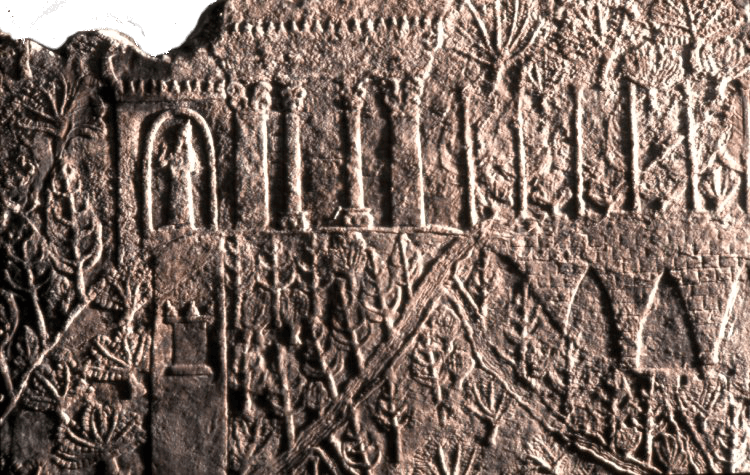 Dalley believes that the gardens were built on top of several terraces that were built like an amphitheater around a lake. As you can see on the tablet, there was a 60 mile channel that brought water to the city through an aqueduct. An aqueduct would explain the ability for the Assyrians to bring massive amounts of water to a high enough altitude in order to channel the water down through the terraces.

In fact building terraces is something common across all ancient empires. The Mayans did it, the ancient Asians did it and now we know the ancient Mesopotamians did it as well. Actually this structure can be seen from space. Dalley used declassified photos taken from United States spy satellites to prove that the channel bringing water to the Gardens was 300 feet wide and 60 feet deep at some points. 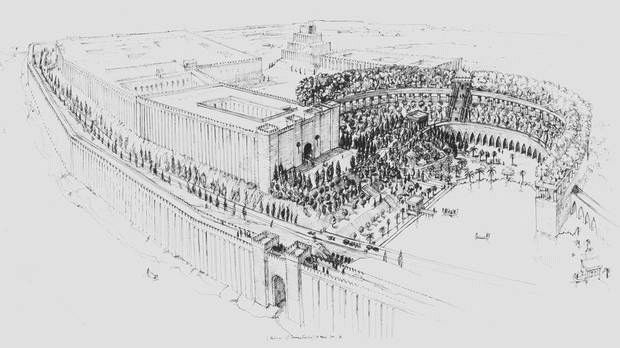 These figures are just massive enough to equate to the 300 tons of water necessary per day to keep the Gardens watered. This is a massive feat to maintain for centuries. More evidence for the Hanging Gardens exists from an inscription that describes the technology necessary to transport the water up the terraces.

Archimedes is thought to have been one of the most intelligent inventors of all time. He was a genius to the Greeks like Leonardo da Vinci was to the Italians. He studied at the Library of Alexandria and is credited with creating the idea of the Archimedes Screw that would be used to lift water up distances along with many other engineering innovations.

However, 400 years before Archimedes "developed" this technology it was already in use to help irrigate the massive Hanging Gardens of Babylon. Discoveries like these help revise our commonly held view of history and show us the world was a complex place with interactions happening all over. We tend to classify globalization as happening within the 20th and 21st century but the truth is the world has been a global place for a long time.

So why did every Greek writer and historian call them the Hanging Gardens of Babylon if they never existed at Babylon? It may be misinterpreted because the ancient texts refer to them being located on the Euphrates River when they could have actually been constructed on the Tigris. Researchers automatically assumed it had to be the actual Babylon since it was on the Euphrates. However, this also may have been a mix up or a loss of translation through the course of history, or it was someone who just thought of the two as one river.

Additionally, Dr. Dalley also discovered that the Assyrians actually conquered the Babylonians and annexed their empire in 689 BC. In the aftermath of this conquest they chose to have the capital remain in Nineveh and they renamed it "New Babylon". The actual city of Babylon would soon be completely destroyed as well.