The Assyrians were one of the first civilizations in Mesopotamia to believe in a monotheistic religion, meaning belief in one god. The Assyrians believed in their deity named Ashur who was linked to the temples throughout Assyria. However, as the Assyrians began to campaign and bring their influence to other lands they needed a new way to imagine the god. By reimagining the religion slightly the Assyrians could pray to Ashur anywhere they wanted not just in his temple in his city, the city of Ashur. In fact the early adoption of a monotheistic religion is the reason there are so many Assyrian Christians because it was very easy for them to assimilate these beliefs. 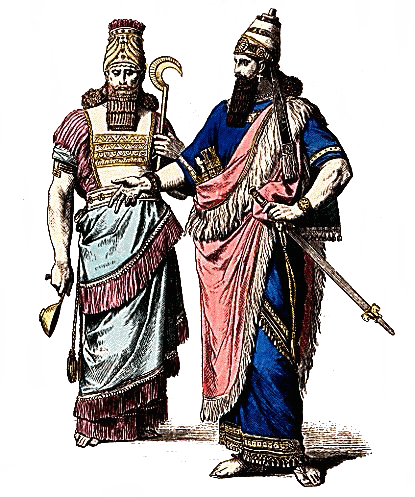 Assyrian religion was extremely important in the culture and traditions of the civilization. They worshiped many gods, accepting many of the previous Sumerian, Akkadian and even Babylonian gods. The Babylonians would also accept the Assyrian gods and an entire complex Assyria-Babylonian cultural religion synthesis formed in the two civilizations. While there were slight differences, the constant conquering and exchange of territory was bound to cause cultural diffusion and transmission of religious ideas.