Around 3100 BC to 2900 BC there began to develop a political dynasty and sphere of influence based in southern Mesopotamia called the Early Dynastic Period. This period marked an increase in Sumerian culture being adopted by the neighboring Semitic peoples as well as a growth of their influence into other regions of the world as well. There is not much evidence for the first Kings of Sumer when legendary figures such as Gilgamesh and Enmerkar were supposed to have reigned. This is because the Sumerian writing system of cuneiform does not really develop until around 2700 BC and this is when the first legends start to appear and the first deciphered language began to appear based on pictograms.

The first Sumerian King that can be authenticated is Enmebaragesi of Kish who ruled at some point during 2600 BC. He is mentioned during the epic of Gilgamesh which leads many historians and researchers to believe that Gilgamesh was in fact a real king of Sumer, writing had just not developed enough for us to have definitive confirmation of his existence. The Sumerian King List Tablet is an important artifact in understanding the power shifts that occurred throughout Sumer's storied history. 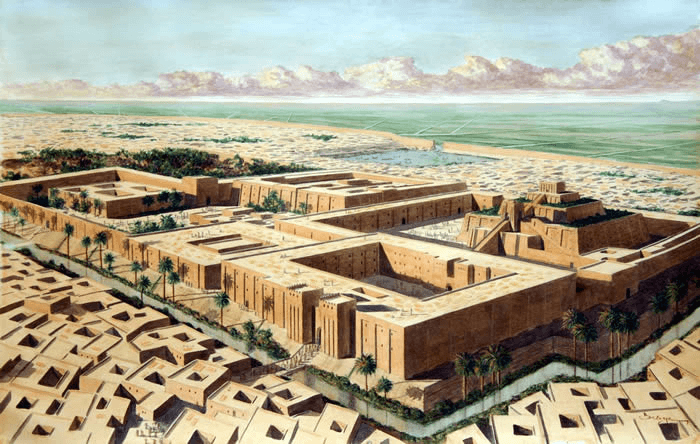 This period was associated with increased violence and warfare between the city-states which began when populations were able to grow enough to sustain the development of professional soldiers. Before in societies there was a limited supply of people so everyone needed to be involved in the essential tasks of group survival. But as people grew more specialized in their occupations not everyone needed to be farmers. Some people could be soldiers while others could be blacksmiths that made weapons.

This is corroborated by the fact that metal became the predominant weapon during this time due to the manufacturing capabilities of city-states and there was a focus on bronze production which was made from combining the metals of tin and copper into an alloy. This was an extremely important development in the ancient world because tin was not easily accessible in Mesopotamia and therefore had to be traded for. Bronze was much stronger than copper and allowed better equipped armies to easily take over other city-states through battles or sieges. 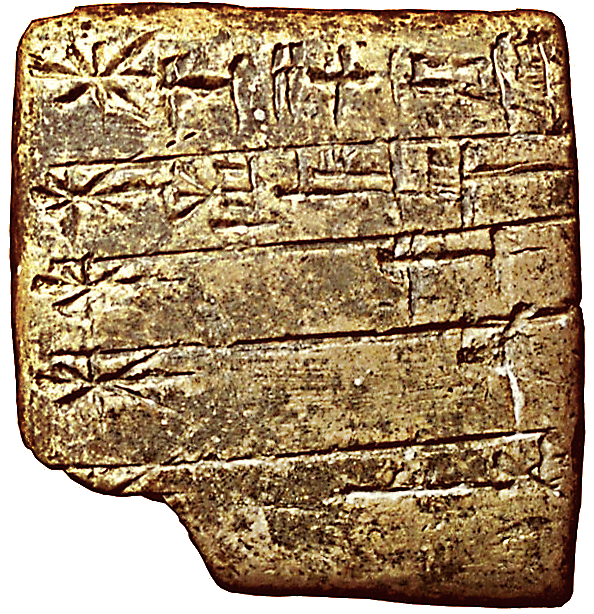 During this period cities built increasingly larger walls in order to defend from potential invasions from the growing number of civilizations and city-states in the region. It is also noted that the undefended villages that did not build walls simply disappeared from the archaeological record. This aspect of increased warfare is corroborated by the poem the Epic of Gilgamesh. As professional armies grew this coincided with a period of drought that would have impacted the ability for the populations to maintain their food supplies, especially given the arid conditions of Mesopotamia. This would have caused a competition for resources and led the stronger city-states to conquer their weaker counterparts.

During this period the civilization of Elam was conquered and assimilated into the Sumerian empire around 2650 BC. There also existed a large use of slave labor for construction, a theme that would repeat itself throughout the history of Babylonia.

During this time the rulers became more despotic as indicated by the emergence of the dynastic rule. As the economic and political power of the priest-kings grew they also built higher walls to separate themselves from their subjects. This also corresponded with a widening social gap between the two and reinforced the cycle as previously mentioned developed during the Uruk Period. Except now, instead of being priests that watched the heavens to track the cycles and manage the surplus the priest-king was also expected to defend his people and even conquer other nations.

As this process occurred in each city-state some grew in more wealth and prominence than others due to the nucleation trend of larger cities attracting more people and thus reinforcing the cycle. The leaders of these city-states while shared a uniform culture and customs were autonomous and independent and there was significant warfare between these despotic dynastic rulers that would eventually lead to the process of empire building when the last Sumerian priest-king was conquered by the warlord Sargon the Great.

The First Dynasty of Lagash was established by Eannatum who was the king of the Sumerian city-state Lagash. He was a brilliant military commander and adopted the first use of state-sponsored terrorism in order to completely annex all of the city-states of Sumer and reduce the remaining ones to tribute. His reign was short-lived and he collapsed upon his death.

After the death of Eannatum a Sumerian priest-king known as Lugal-zage-si overthrew the remnants of his rule and reconquered Uruk. Lugal-zage-si managed to reclaim the Sumerian empire from the Persian Gulf to the Mediterranean Sea briefly before he was overtaken by rebelling Sumerians from the north under the command of an upstart king from the city of Akkad. Lugal-zage-si would be the last ethnically Sumerian king to lead the civilization and after this point on it can be referred to as part of the Akkadian Empire. It is important to note the influence of Akkadian and Sumerian language after this point as the two civilizations become increasingly interconnected