The Temple of Marduk also known as the great ziggurat of Etemenanki and the Tower of Babel was a huge religious structure that was built in the heart of Babylon. While it is believed to have existed in a minor form for hundreds of years before Nabopolassar and Nebuchadnezzar II, under the reign of the Chaldeans the temple was built to its mythic glory. 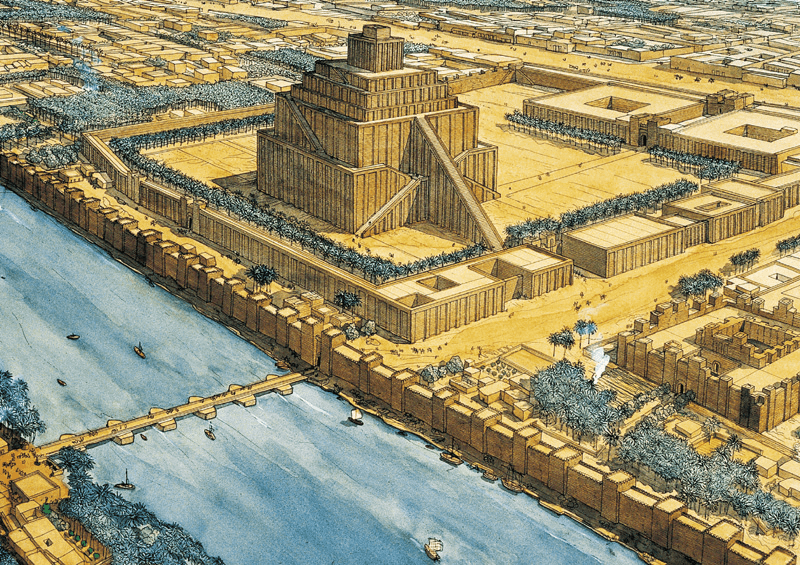 The Temple of Marduk is the inspiration for the biblical Tower of Babel story and the story was most likely created during this time period as the Jews were forced into their exile in Babylon at the same Nebuchadnezzar was finishing constructing it.

According to Nebuchadnezzar himself the original ziggurat had been built as a Temple of the Seven Lights of Earth, but it was never really completed and sort of ignored by the people of Babylon. Nature was beginning to take its toll on the great ziggurat and Nebuchadnezzar saw great potential in it.

The oldest known archaeological evidence related to the Temple of Marduk was a black stone known as the Tower of Babel Stele that dates around 604 to 562 BC when Nebuchadnezzar ruled. This stone currently existed in the Schoyen Collection. 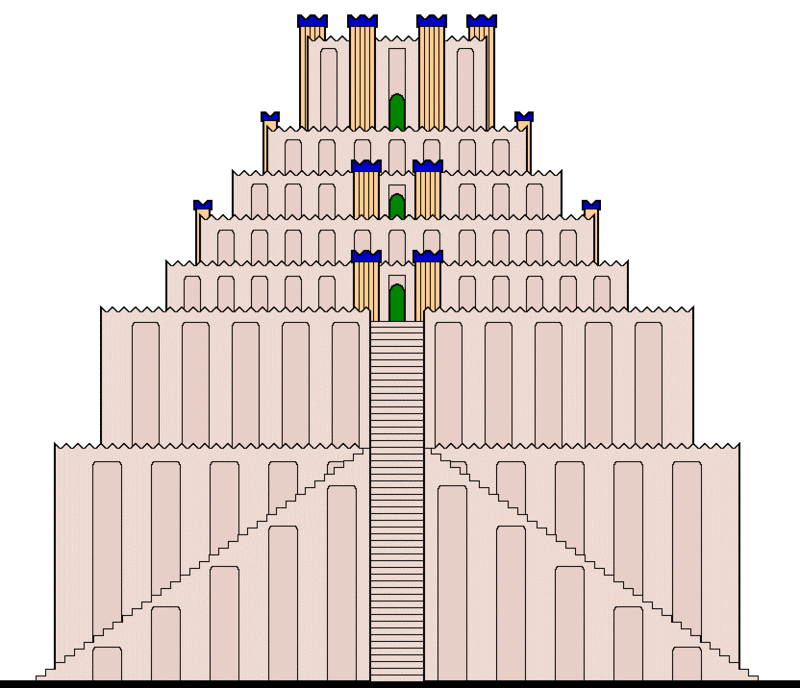 According to some this is where the myth of the Tower of Babel comes from as the unfinished ziggurat provided inspiration for the myth of confusion of language. The word Babel can be derived from the Hebrew word balal meaning confused or confounded. 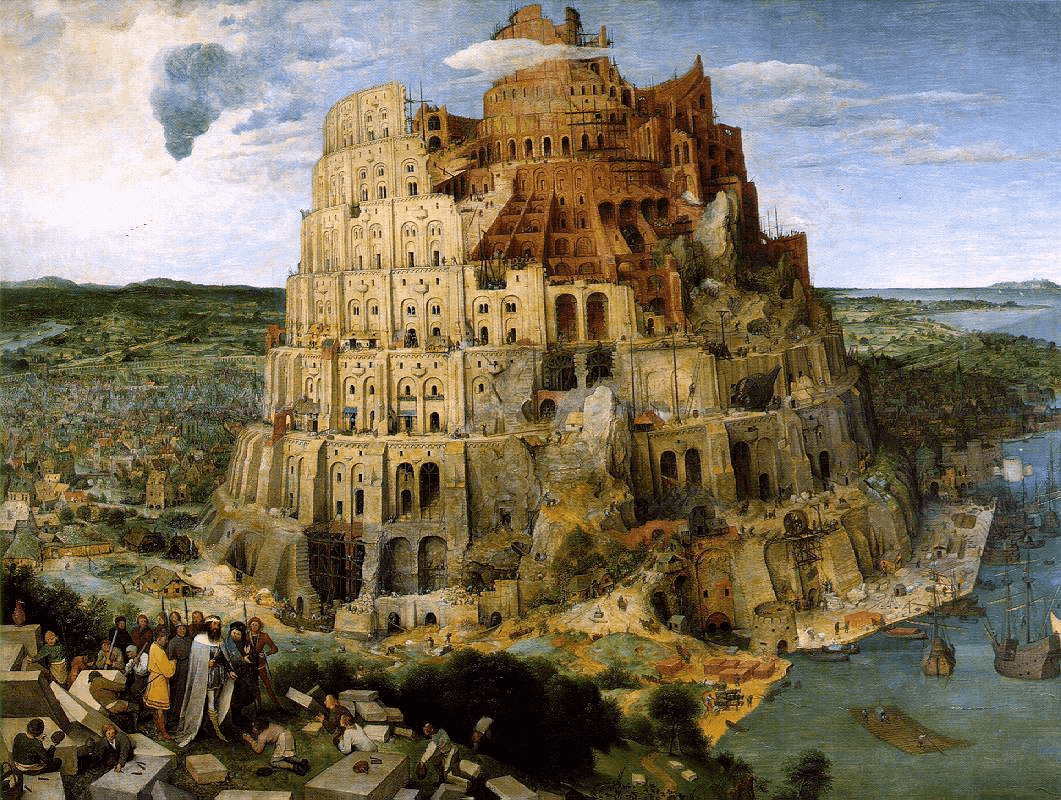 And the whole earth was of one language, and of one speech.

And it came to pass, as they journeyed from the east, that they found a plain in the land of Shinar; and they dwelt there.

And they said one to another, Come, let us make brick, and burn them thoroughly.

And they had brick for stone, and bitumen had they for mortar.

And they said, Come, let us build us a city and a tower, whose top may reach unto heaven; and let us make us a name, lest we be scattered abroad upon the face of the whole earth.

And the LORD came down to see the city and the tower, which the children of men built.

And the LORD said, Behold, the people are one, and they have all one language; and this they begin to do: and now nothing will be restrained from them, which they have imagined to do.

Come, let us go down, and there confuse their language, that they may not understand one another's speech.

So the LORD scattered them abroad from there upon the face of all the earth: and they left off building the city. 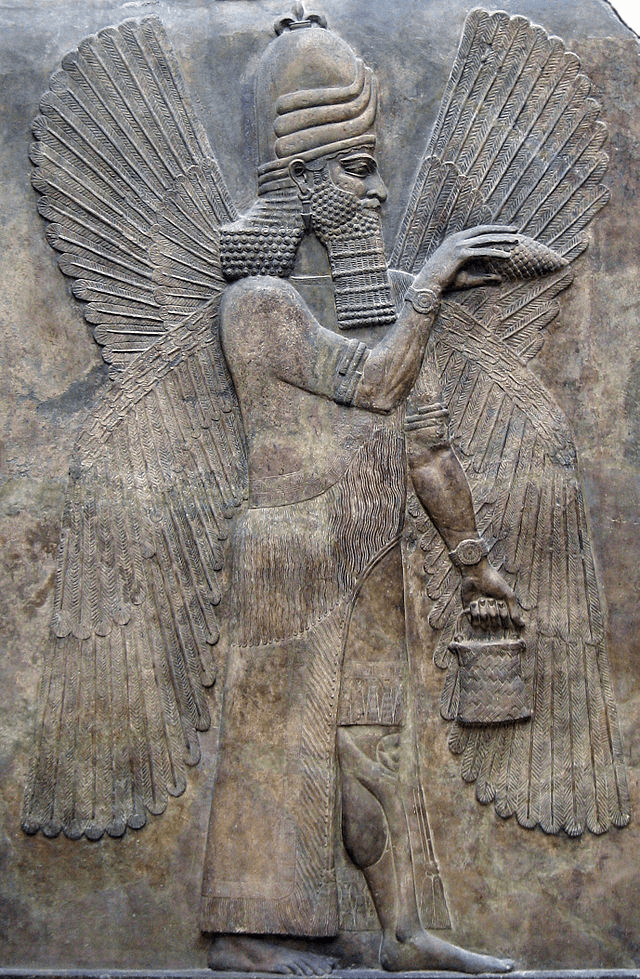 By the time Alexander the Great conquered the city in 331 BC the ziggurat was falling apart much like it was when Nebuchadnezzar found it 300 years earlier. Alexander, like Nebuchadnezzar before him decided to tear down the ziggurat and rebuild an even grander one. This was natural after all as Alexander's empire was going to dwarf Babylonia.

However, when Alexander died the construction of this massive project stopped and the tiles were left scattered.