Structures > Ziggurat of Ur

The Ziggurat of Ur is a massive pyramid structure that is located at the ancient Sumerian city of Ur. It was built around 4,200 years ago by the Sumerian king Ur-Nammu during the earliest dates of the Bronze Age around 2,200 - 2,100 BCE. It remains standing to this day and was restored at one point by the last king of Neo-Babylonia named Nabonidus.

The Great Ziggurat of Ur was lost for centuries until the 1920's and 1930's when it was excavated by Sir Leonard Woolley. In the 1980's Saddam Hussein attempted a reconstruction of the massive staircase. 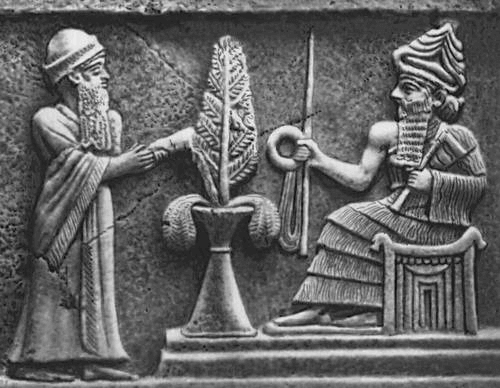