The Library of Ashurbanipal was a great library created by the last great Assyrian king known as Ashurbanipal in the capital city of Nineveh. It did not store your typical books however, as the common medium for information storage at the time was a clay tablet.

The clay tablets were often written using the ancient language of cuneiform. The ability for researchers to understand the ancient languages of the past is pretty much the entire reason why we are able to have such a precise and accurate history for the Assyrian civilization. If it was not for the preservation of the clay tablets and other information at the Library of Ashurbanipal, we would have been unable to truly understand the Assyrian Empire and by extension many of the civilizations that came before it. 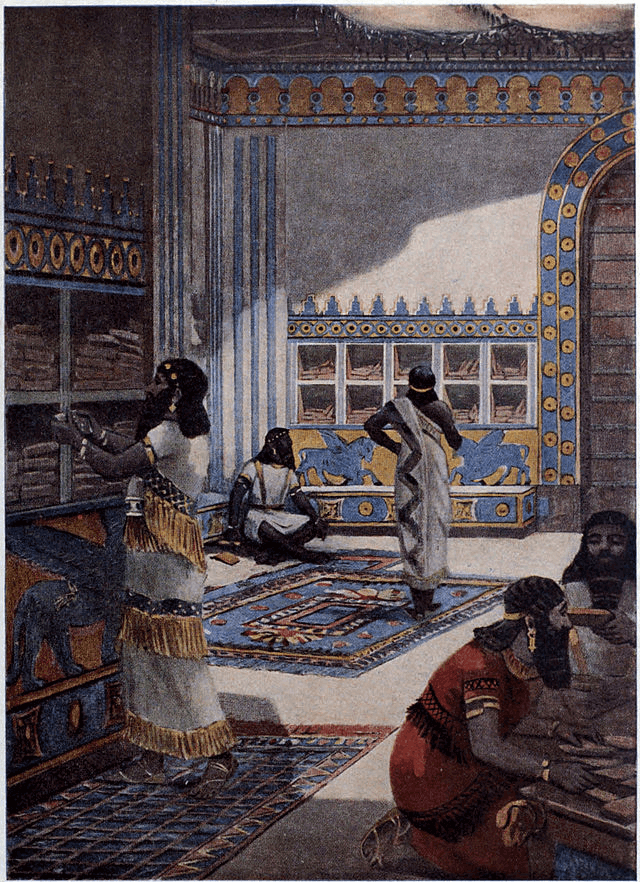 Library of Ashurbanipal - Story of the Nations Hutchinsons

Ashurbanipal got the information for these clay tablets from throughout the Assyrian Empire either by threat, force or consent. He wanted to document all the different cultures and civilizations within the empire and their respective histories. In fact in terms of ancient knowledge collections this one was probably on par with the Library of Alexandria.

As well as being an avid scholar Ashurbanipal was also a great warrior who led mighty conquests and also managed the massive political apparatus of the Assyrian Empire successfully. The Library of Ashurbanipal is probably his greatest legacy is it allowed us insight into not only the Assyrian culture but many other cultures and histories in the region as well.

The Library of Ashurbanipal was destroyed during the Battle of Nineveh which saw the complete torching and razing of the city by Nabopolassar lead Babylonia in rebellion against Assyria. When the palace collapsed the library which was located within became remarkably preserved. In fact, fires that burnt the palace actually preserved the tablets even more.