Sumerian civilization development really kicked off during the Uruk or Jemdet Nasr Period between 4100 BC and 2900 BC and led to an explosion of cities and culture all over Mesopotamia and beyond. The Uruk Period occurred during the larger Holocene climatic optimum which was very wet and warm climate period that existed from around 9000 BC to 5000 BC. This meant that crops were easier to grow and cities were able to facilitate and sustain a growth in population. This allowed the cities to store a surplus that could be used to sustain the growth of a massive population. 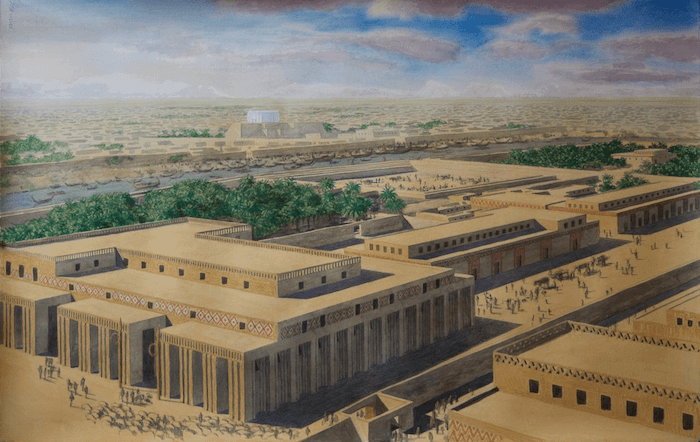 During this period there was a growing indication of wealth and status and the southern portion of Sumer overtakes north in terms of political power, trade and agricultural productivity. At this time Sumer was compromised of about a dozen major independent city-states. Each city featured a different temple and god or goddess. Most of these cities featured a population of around 10,000 people with some estimates suggesting Uruk, the largest city upon which the period is based had around 50,000 inhabitants. In order to maintain these massive cities there developed the first civil governments who employed specialized workers. A complete list of Sumerian cities can be found here but some of the major ones are:

Archaeologically the shift from the Ubaid period to the Uruk period is noted by a shift in the development of pottery and the development of larger cities. There was a marked increased in the volume of trade up and along the Tigris and Euphrates Rivers and this massive trade network led to the rise of many different cities all along the various canals and channels. It was during this time the city-state of Uruk really gained prominence and came to be politically and religiously more significant than the other city-states and smaller entities. 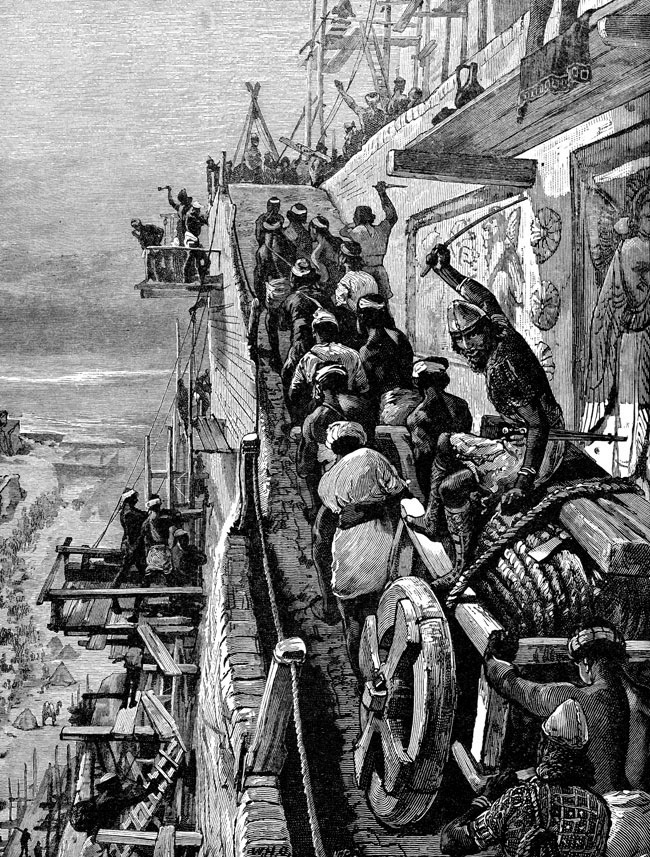 Building the Temple of Warka at Uruk

One of the most iconic construction projects during this time period was the White Temple at the city of Uruk, also called the Warka or Anu Temple. It took 7,500 man hours to complete and was built with a beautiful white washed brick and elaborate architecture.

Artifacts from the Uruk Period of Sumer have been found all over the region suggesting that settlement groups, colonists and merchants all communicated over a great distance. These artifacts have been found from the Taurus Mountains in Anatolia to the Mediterranean Sea to the Iranian Plateau. In fact the development of the economy in Sumer led the neighboring civilizations to develop their own competing economies giving rise to the first forms of free market capitalism. This also led to the rapid development of culture in the form of architecture, art, pottery and other trade goods.

The ancient Sumerians were a very prolific people and developed many different industries in their civilization. In addition to trading with other groups they had skilled artisans such as weavers, leatherworkers, metalworkers, masons, stoneworkers, and pottery crafters. One of the major inventions of the ancient world was the pottery wheel which led to the mass production of pots and other pottery. Many of these are monochrome and mostly had a utilitarian purpose. Pots such as bevel-rimmed bowls were used as ration bowls and much pottery served practical uses in Sumerian society such as water storage and food storage as well. 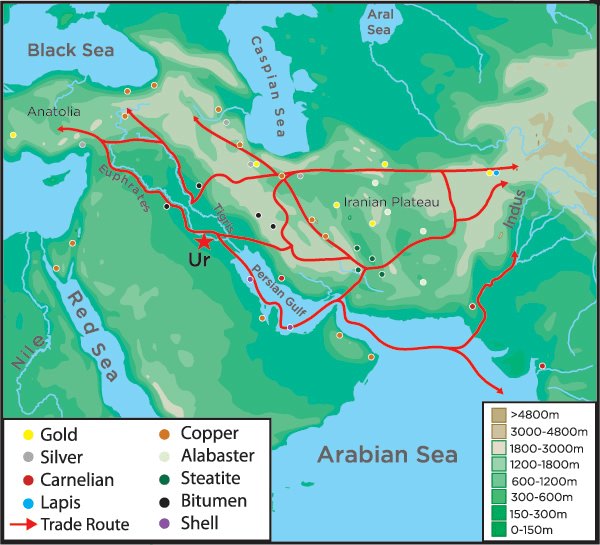 These artifacts and the large scale manufacturing of them is the reason they are discovered in the archaeological record. Without a substantial amount of artifacts sometimes things are either discredited or straight up missed. How many times do you think a bulldozer accidentally demolished an ancient piece of pottery or artifact without knowing it? While construction companies do take efforts to comply with cultural resource regulations, they cant possibly sift through every grain of dirt for archaeologists.

One of the biggest reasons for trade is the desire for raw materials and produced goods that one does not normally have access to. Due to this ships sailed up and down the Tigris and Euphrates Rivers, throughout the Persian Gulf and beyond to trade goods such as food, gold, copper, tin, silver, animals, timber, ivory, and textiles to many Sumerian Settlements and civilizations throughout the region. Other products that were in high demand were wheels, chariots and plows drawn by oxen which helped increase agricultural yield as well as having wartime functions as well.

The earliest forms of writing develop in Sumer around this period. They did not always use the idea of cuneiform and instead started with the development of clay tokens used for business transactions around 9000 BC. These are associated with the transition from sedentary lifestyle to farming and trading in the Ubaid period and by 3500 BC they began to be perforated and strung together to denominate larger transactions. However, one cannot simply keep using more and more clay tablets to describe larger and larger trades therefore a new system had to be developed in order to manage the extensive and massive trading system that existed in ancient Sumer. 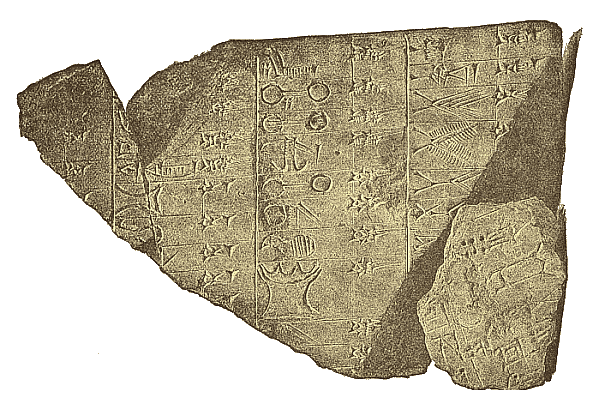 By 3000 BC during the Uruk period the Sumerians started to seal tokens inside bullae or hollow clay spheres and sealed them with a special tool to ensure authenticity and the message was not intercepted. This also acted as an early envelope or invoice. Within 100 years this system was replaced by the clay tablets which were much easier to make and store. Clay tablets were responsible for managing the tribute collection and the trade volume and became increasingly simplified over time. 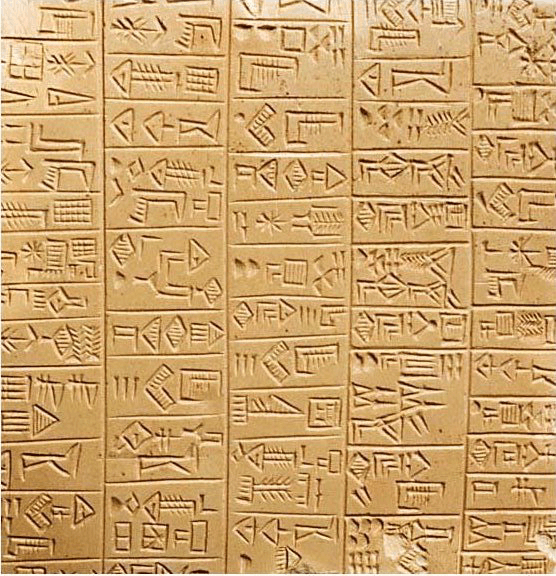 In fact, the Sumerian cuneiform started out very complex and got much simpler over time as scribes consolidated symbols and expedited the flow of information. A side bonus of this was the great archaeological evidence they leave behind as they help document daily life, culture and traditions of the ancient Sumerians. It is also unique in that like the Chinese language, the Sumerian language is nothing like any other language that developed in Mesopotamia. Researchers still do not know why this is.

The government of these city-states was theocratic. This meant each city was ruled by a religious priest (ensi) and or by a king (lugal). Religious rule was very common in these ancient city-states and throughout the ancient world as these belief systems tended to unify people in order to get them to accomplish common public works tasks. Assisting the King or the Priest was a Council of Elders made up of both men and women. This model of government would actually have a great influence on the later development of the Sumerian pantheon.

Military control over all the vast city states of Sumer was very hard in the ancient era which was why most of them during this period developed as autonomous and independent city-states. However, it did not appear necessary during the Uruk period. Most cities were unwalled and there is no evidence of planned armies and professional soldiers yet. This means that most of the citizens were focused on building the cities and there were not enough left over to even need to create professional soldiers yet.

It seems like most armies were built as cities began to establish their sphere of influence and it began to bump into another cities sphere of influence. When the climate was favorable such as during the Uruk period there was no need for warfare as resources were abundant. However, eventually professional soldiers were trained as the climate began to change and each year began to experience lower and lower crop yields. This would have caused increased competition for resources in the region and eventually led to warfare.

In fact this is exactly what happened to cause the decline of the Uruk Period and the rise of the next phase of Sumerian civilization development. This next period was characterized by increasing warfare, increased wall size and other key indicators of ancient conflicts. This all coincides with the Piora Oscillation which was a dry period that occurred from 3200 BC to 2900 BC and would have led to drought and eventually military campaigns as the people of the various city states competed for resources.