It is extremely important to understand the ancient Phoenician language due to its relevance in where all of the modern languages come from. 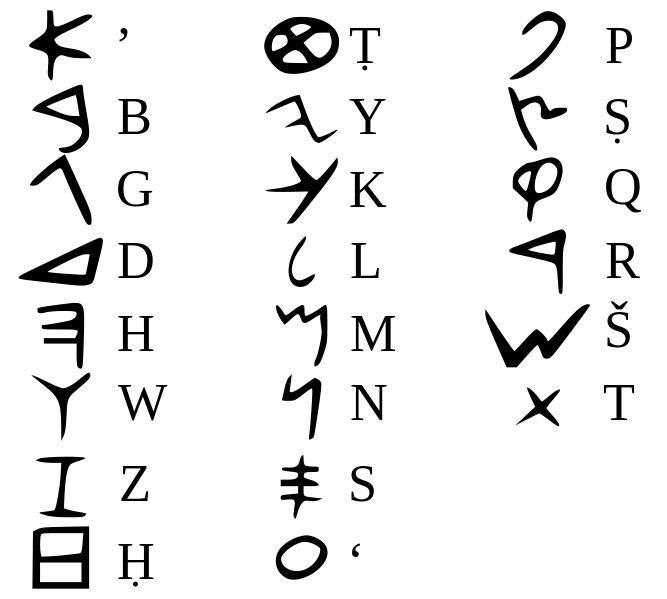 The Phoenicians were also one of the first civilizations to come up a numeric system, most likely due to their economic and mercantile based civilization. They did not have the concept for the number zero but instead developed their system around multiplication of the numbers 1, 10, 20 and 100 and involved series of dashes and strokes to identify each number.

The number 1 was signified by a simple vertical stroke while other numbers up until 9 where formed by using the same strokes arranged in groups of three. The symbol used for 10 was a horizontal line. The symbol for 20 was different with some representations being two horizontal lines to signify double 10's or a hybrid Z shape.

The Phoenicians were able to form larger multiples of ten by grouping the symbols for 20 and 10 appropriately. Likewise for 100 there were several different routes by which one could arrive so there were different representations of the amount. The Phoenicians were able to go even further than 100 for example by multiplying two strokes by the one hundred one to create two hundred and so on. This early system of multiplication is most likely what influenced the development of our current one through many different cultures and civilizations.

The Phoenician language forms the fundamental basis for nearly all of the modern languages today. For example, from Phoenician the Aramaic language was formed. From Aramaic we are able to get the languages of Syriac, Hebrew, Palmtyrene and Nabatean. From Nabatean we are able to form Arabic and moreover Persian.

The second branch of the Phoenician language forms the Etruscan language, also known as Latin which forms the fundamental basis for nearly all the western languages present today.

The third branch of the Phoenician language forms Archaic Greek which then forms modern Greek and eventually the Cyrillic language.

The fourth branch of the Phoenician language forms Old Hebrew and by extension the Samartan language.