The Battle of Carchemish was a decisive battle fought in 605 BC between the remnants of Assyria and their Egyptian mercenary allies led by the king Necho II and the Neo-Babylonia coalition led be Nabopolassar and his son Nebuchadnezzar II.

When the Assyrian capital city of Nineveh was sacked in 612 BC following the Battle of Nineveh, the Assyrians under the leadership of general Ashur-uballit II were forced to flee to the outer territory city of Harran. After the Babylonians captured Harran in 610 BC during the Fall of Harran the Assyrians were forced once again to retreat to the city of Carchemish. Facing a fight for their civilization their Egyptian allies mustered a force to aid the Assyrians in the final battle. 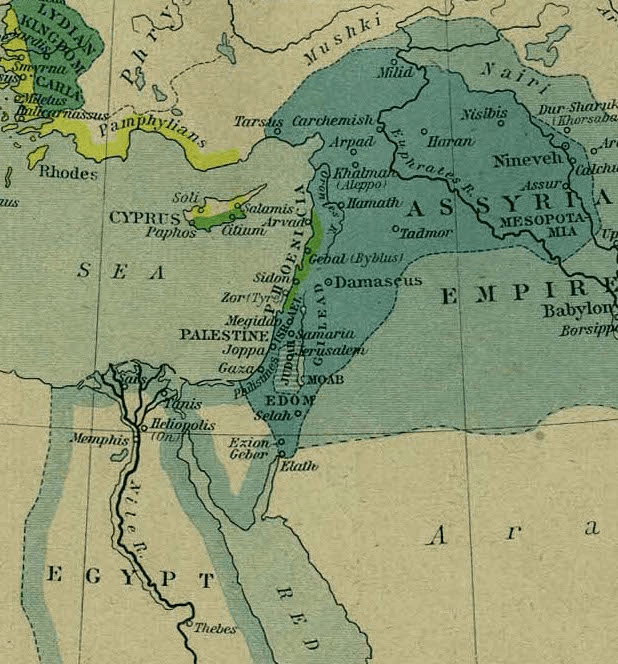 However, the Egyptian army of Necho II would be delayed by the Battle of Megiddo (609 BE) in which the Kingdom of Judah under the leadership of Josiah tried to bar the Egyptians from passing through their land. The Jewish force was crushed and Josiah was killed during this engagement, his body buried in the city of Jerusalem in accordance with the ancient Jewish customs.

After the victory the Egyptians joined up with the Assyrians and unsuccessfully tried to take back the Harran region from Babylonia. They were forced to retreat back to Carchemish and this time the Babylonians came with their full force. Led by Nebuchadnezzar, the Babylonians crushed the combined forces of Egypt and Assyria and was a decisive changing point in Mesopotamian history.

The major record of the battle is known as the Nebuchadnezzar Chronicle which is currently housed in the British Museum. According to the Babylonian account, Nebuchadnezzar and his armies had to cross the Euphrates to crush the Assyrians at Carchemish. The Egyptian army withdrew first and in the aftermath the Assyrians were utterly crushed. The Egyptians that retreated were not so lucky as the Babylonians cut them off at the Hamath district and slaughtered them down to the last man. The Battle of Carchemish is also mentioned in the Bible, such as in the Book of Jeremiah and 2 Chronicles.

Following the defeat of the Assyrians they ceased to exist as any sort of independent power and Egypt was also forced to retreat. This represented a significant loss in power for an already declining Egypt and led to the Babylonians reaching the peak of their cultural power and influence. Following this victory Nebuchadnezzar would be forced to quickly return home as his father passed away and he needed to successfully claim the throne.

Nebuchadnezzar would later try to take over Egypt after unsuccessfully sieging Tyre for over a decade. After his defeat he returned to the city of Babylon to initiate a series of public works projects that would come to define one of the cities most culturally significant periods. Egypt would remain independent until it was later conquered by the Achaemenid Empire under the leadership of Cambyses I.